Orchids in the Suburbs. 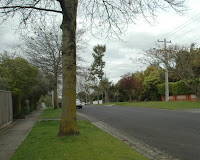 It really does pay to keep your eyes open. Many streets in Melbourne and other parts of the world presumably, have apparently sterile strips of grass down each side. In Melbourne these are called Nature Strips – I take this be some mark of national optimism as they rarely hold more than daisies, dandelions and dog poo. The first two are normally over- looked, and the last is only of real interest to over inquisitive toddlers.
You can see a typical streetscape in the first picture. I was walking along this part of the street when something caught my eye - a patch, no more the 1/2 a metre square of stems sticking up from the grass. Each stem was capped with a complex green hood. This is not normally what I would expect to see.

If you could look a little closer, just in front of the tree, you would see a patch of Greenhood Orchids, for that is what the stems were – the exact species eludes me as the taxonomy of this group is, to say the least, complex. There are 100 species of Greenhood Orchids in Australia, and before I make a complete fool of myself and declare it to be a species that has only ever been found in the highlands of PNG, I will leave it as just “Greenhood”, although I am confident enough to say that they are all in the genus Pterotylis.
But does it make any real difference that I cannot put a name to this species? After all, classification is just a human invention and does not really exist in the natural world. Species continue to evolve, so the end point of any biological classification tree must be variable – but that is not how taxonomy functions. The boxes are fixed (barring new discoveries), but the material that is being classified changes over time. In fact the freely hybridizing orchids of this genus really do set a challenge for traditional taxonomy. The fact that there are 25 spikes of an orchid growing about 100m from my house, where I have never seen them before, seems more important than actually knowing what species they are. There is almost no doubt that they are common from a conservation point of view, so I won’t be contacting the WWF!!
So now I have orchids in the nature strip, but there is more it it than that. Each type of orchid has a very close association with a specific fungus that is found in the soil. So although I cant see them I know they are there. Thats two new things in my street!
As far as I know (and I was looking for something else there a few days ago) they were not there yesterday and I would be very surprised if they are still there next week - lawn mowers, kids on bikes and weekly rubbish bin collections will see to that! But they are there now, and the only reason I know this is that I happened to have my eyes open – or as you could say “Paying Ready Attention”! 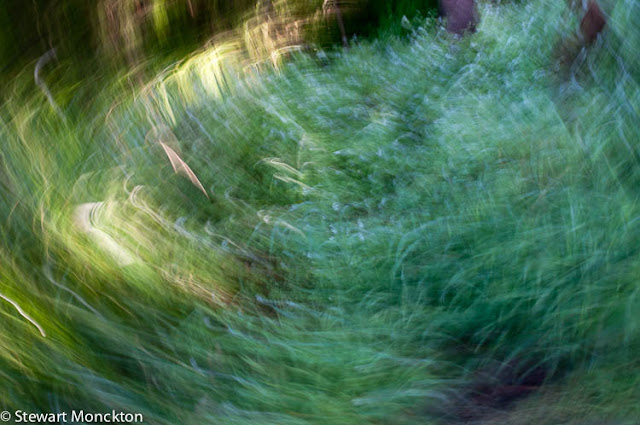