Showing posts from October, 2011
Show all

On Echidnas, orchids and a possible Frenchman 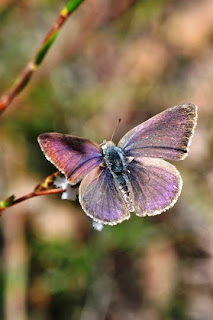 It was Friday and I was stuck in traffic. I engaged third gear for the first time in a while and almost immediately depressed the clutch. I drifted to a halt about 50m closer to the Grampians. At this rate it was going to be a long evening. The car in front of me had a broken driver’s-side brake light. The driver to my left had a beard and to my right sat a Carlton supporter. Up ahead the blue and red flashing light meant that somebody was having a worse night than me. One brake light man nipped into a gap to his left and moved twenty meters forward. Beard man seemed to be shouting into his phone. Flocks of silver gulls flew with heavy lazy wings towards the river. Two pelicans drifted past. Eventually the movement started to outlast the pauses, and we went forward. People gathered around the crumpled front of a damaged car and pointed at the crumpled rear of another. Cause and effect. A bad way to start the weekend. I pulled round the witch’s hats as a man swept red glass from the r
9 comments
Read more
More posts