Showing posts from July, 2013
Show all

Afraid of moonlight? Afraid of sunlight? 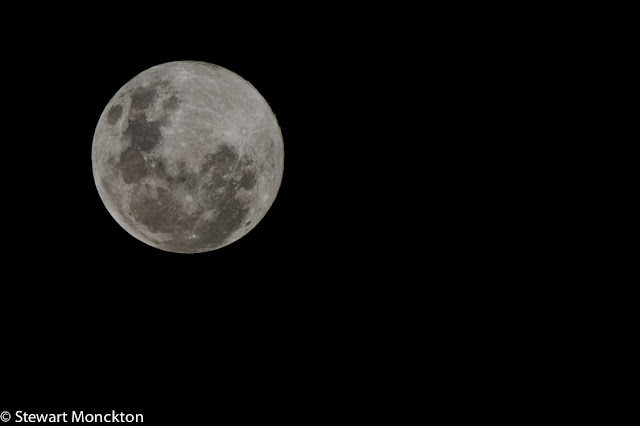 A Moon from a different sky “There dragons and beasties out there in the night to snatch you if fall”  (Ian Anderson – No Lullaby) “Uncountable” takes on a whole new depth of meaning when you look at the stars in a truly dark sky.  Numbers fail.  Metaphor becomes needed, but still falls short.  Without the drowning background of streetlights, headlights and unused office lamps the faintest stars come out and the sky fills and fills.  It’s a sight of astounding beauty and wonder.  It brings a feeling of smallness, but not in a way that makes me feel lessened.  It brings a feeling of remarkableness, but not in way that needs explanation in the fanciful.  I stand there in the darkness and look into the near infinity of space and know the importance of the things that I hold close, and the wonderful possibility of the things that are far away.  And out of the darkness a voice says: “Stay close by Jasper * , this is when the animals come out”.  In a scene of deep wonder, the
15 comments
Read more

Part 1: The end of the drive. There was, according to the sign, a hazard on the road ahead.  Did this mean there were wild bears in the woods?  Crocodiles?  Raging torrents and steep sided chasms?  Meteor craters?  Thankfully it was just a pothole of modest proportion and there was no dangerous wildlife to be seen.  But the sign and the slightly bumpy road did set the tone rather well; as if we were going further than we really had, or would be more remote than we really were.  At the end of the road, around a slight bend, the house sat with trees pushing in from all sides.  In the darkness of the first winter weekend – one that extended to include Monday as well – the house looked remote and isolated.  This was an illusion, but a nice one.  The key was stiff in the lock, but a fire was set in the grate.  The house was cold, but strangely homely.  We lit the fire to deal with the first and set about exploring the benefits of the second.  There were shelves full
9 comments
Read more
More posts