Showing posts from November, 2010
Show all

Up North Again (part II) – The life of O’Reilly. 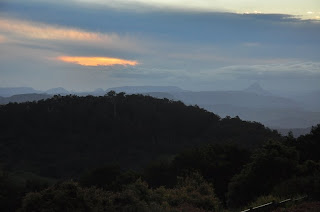 Despite the fact you needed forearms like a Viking to actually negotiate corners at slow speed I was becoming increasingly positive about my loaned car, which I suppose was appropriate for a Proton. After a few minutes I had to pull over to check I was not heading in the wrong direction. I thought that the car may have developed a mind of its own and was heading for the dense centre of Brisbane, but it turned out that I was neither lost nor in possession of a car with a mind of its own. If I had gone only a few metres further down the road I would have found the road sign I needed. The little car whizzed down the motorway with surprising ease, but I was glad to get onto roads more in keeping with its scale. Queensland’s government really should be congratulated on its efforts to reduce the road toll by significantly reducing the number of roadside objects that you could possibly collide with. Unfortunately, this high minded and laudable scheme seems to have resulted in the removal of
1 comment
Read more 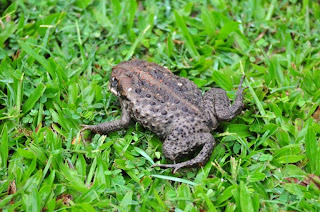 I was queuing again. I closed my eyes. When I opened them I could see a fan cutting lazy slices through the air. I could hear Martin Sheen. Tullamarine. Shit. I’m still only in Tullamarine. I watched the sparrows again, this time they were on the verge of developing complex symbolic language and inventing agriculture. Thankfully I was asked to move to a different queue because I was allocated to sit next to an emergency exit. Things were looking up; I dropped off my bag - heavy again with reams of paper and headed for security. The man in charge of my travel destiny asked if I had any aerosols, to which I replied “no” - are you positive he said, to which I replied “yes” - good he said, I like positive people. Well I am glad my personality passed this rigorous security test, because how did he know I was not making it all up? The flight to Brisbane was passed in the company of a geologist who was reading Homer - although not in Greek - what a lightweight! The conversation wound its wa
1 comment
Read more
More posts