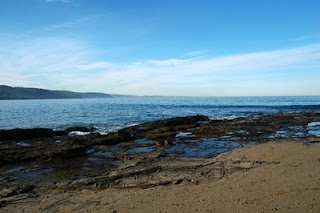 I was reading last month that otters have been recently seen in every county in England. This is a good thing. In the same article I saw otters described as “wanton killers” – this is clearly not a good thing. This brutal assessment of the otter was penned by a fisherman. By a fisherman whose articles and books I had read as a kid. By a fisherman whose words, thoughts and tips I had tried – largely without success – to apply to my own fishing. I never got a good view of an English otter, just a single dark swirl under a bridge on a cold winter’s morning. I had to wait for an Irish otter with a sea caught eel, to watch one. It was all over in minutes, quite possibly seconds, but it has lasted a life time. When I was a kid and I spent hour upon hour at the water’s edge, otters were a spectre, an ecological ghost from another, greener if not gentler, time. They really did seem to exist on the edge of reality and getting a good view of one would have made any fish I caught seem trifling and irrelevant. So, how does it come that one angler with a national profile, and another who is not even considered that competent by his own family (I blame H for this!) can seem to view things so differently?

I’ve fished most of my life – except for the middle years when I heard the call of rock and snow and tried – again largely without success – to move into the mountains. I climbed many hills and rock faces, but at times I knew that I missed the simple peace and quiet of the river bank. Knew that I missed the simple thrill of a plan that comes together. Climbing led me to some wonderful places, but I often wanted to stop and watch the ravens rather than push on up the next pitch. Despite being in places of often shocking exposure and isolation, I never felt the same peace that can sometimes be found at the water’s edge at the turning of the day. When I was in the hills the last thing I wanted was to become lost; when I was by the water it happened without thinking. 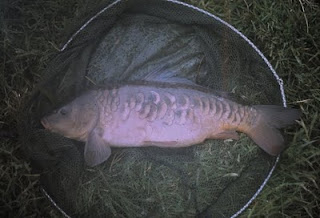 A kind of silent intense concentration that some people mistake for inactivity can form around me where nothing escapes my notice. The movement of the leaves points to birds, fish dimple the surface of the water and the rod becomes a real extension of your arm. It’s not common, but at such times almost nothing can go wrong. And almost nothing goes unnoticed. It’s at that time that you see so much more than just fish, the water rhythmic nod of the rod tip or the slow, predictable, movement of a float in the water. 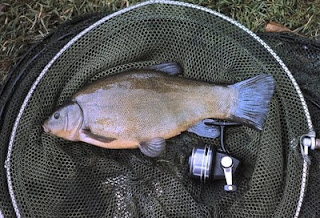 It was late afternoon, maybe even early evening, when I arrived on the beach. Other people were leaving as I arrived - two girls and three boys. It seemed a recipe for disaster. Their footmarks stretched back towards where I was going. They overlapped and changed – the sand marks of shifting position as they jostled to stand next to their favourite. Such things feel anciently distant for me and frighteningly close for my own kids. I walk at the very water’s edge, my passing covered by the movement of the waves. Back along the arch of the beach no one is in sight. I feel the noisy silence of an empty beach surround me.

The waves break on the beach with adolescent haste and run back to the sea with a gentle, parental rebuke - crasshhhh , schhhhhh, crasshhhh , schhhhhh, over and over again. Beyond the waves the sea looks flat and calm, there are no birds, there is little movement. I sit down to watch. For a while I leave the gear undisturbed in the bag, and the fish undisturbed in the sea. A nearly full moon sits behind a light summer blanket of clouds, a patch of lightness in an otherwise dull sky. But a wind is pushing the clouds over the moon and you can see the light fade and grow and the clouds thicken and thin. 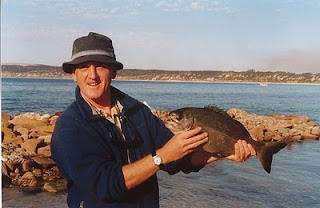 I begin the fish, but somehow I’m not surprised when nothing happens. The waves roll in. The tide moves up the beach and the curlews call. But the sea could be empty, the fish could be elsewhere. On the horizon a light appears, it becomes two and as it moves away it becomes one again. I catch no fish, but I catch sight of the curve of the Earth. The world turns, the waves wash and the sky clears a little. Now there is a patchwork of clouds. When the moon comes out from behind a cloud it’s as if a light has been switched on, as it’s covered, the light fades. Finally, an hour or so later the sky is clear, and a cooler wind blows. It’s later at night but lighter now – this seems a contradiction. I have long since stopped fishing – I’m just stood by the water with fishing tackle.

The change in the sky makes me think of the last few years – with a change from cloud to open sky, from a covering darkness to a form of seeing. A form of seeing that has come much, much later in the day than it should have. This is a strange set of thoughts, generated by the same activity that drove another fisherman to label otters “wanton killers”. What’s going on here? Can it really be possible that we are talking about the same thing? I don’t think so. To want to fish and not want to see otters seems an impossible combination.

I pack up and walk back along the beach in silver shimmer moonlight. I have no fish. But on a night like this I realise, that once more, I don’t really mind at all. 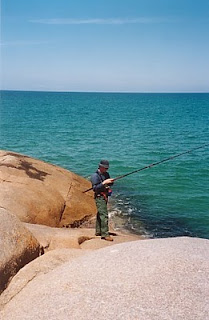